"ET IN KINKADIA ERGO" (From Latin, translated in jest: "Yet even in Kinkade's world I am")

These satirical pieces were made for an exhibit back in 2005. These are the last of the series still in my possession. From this work began many years of work with collage and the Narratives and Embraces series grows directly out of this work.

In my slightly more cynical version of Poussin's Arcadia (paradise) I take inspiration from the tradition of Goya's grotesques and political dissent artistic traditions. I have taken those I fear and made manifest their obsession to control my queer identity. In these queer icon panels, I now can laugh at how human they are and we inhabit the stage together—even in Kinkadia I am. 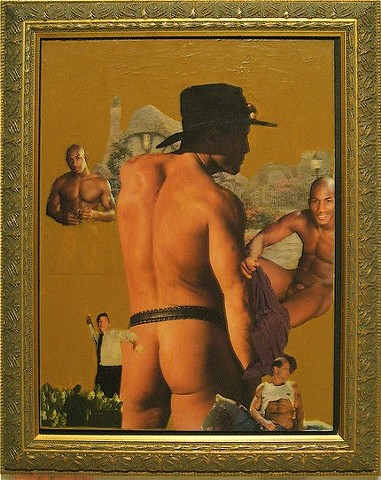 The heart is wondrous: Jesus Christ (on left by Kinkadia cottage, and on right with purple cloth), Saint John (center with cowboy hat, and on horse at lower right), Reagan (throwing baseball), and congregation singing hymn (lower left).
Mixed media on panel
9 x 12 inches with frame
$500 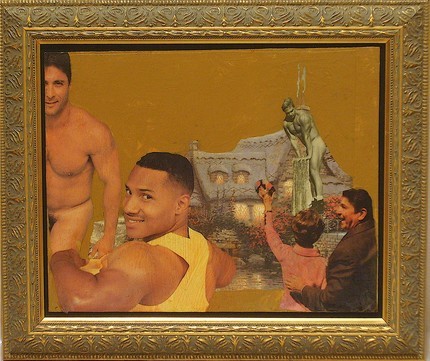 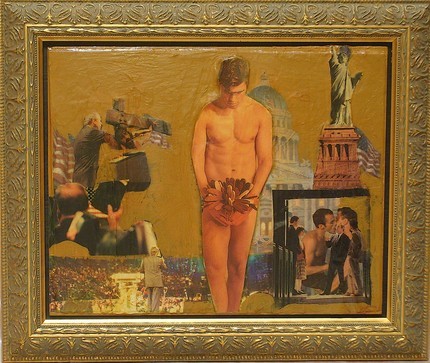 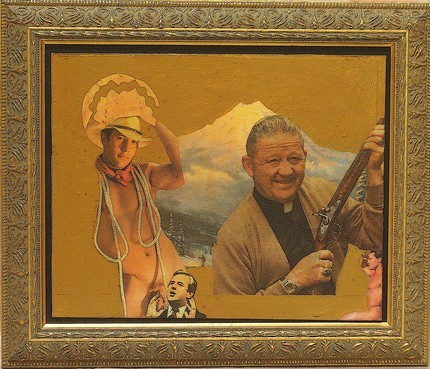 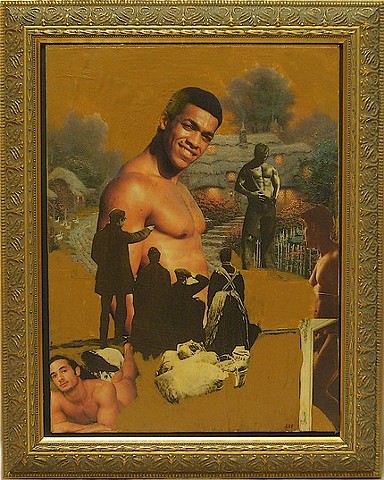